Quistini Castle | The palace in Franciacorta, the history and its halls 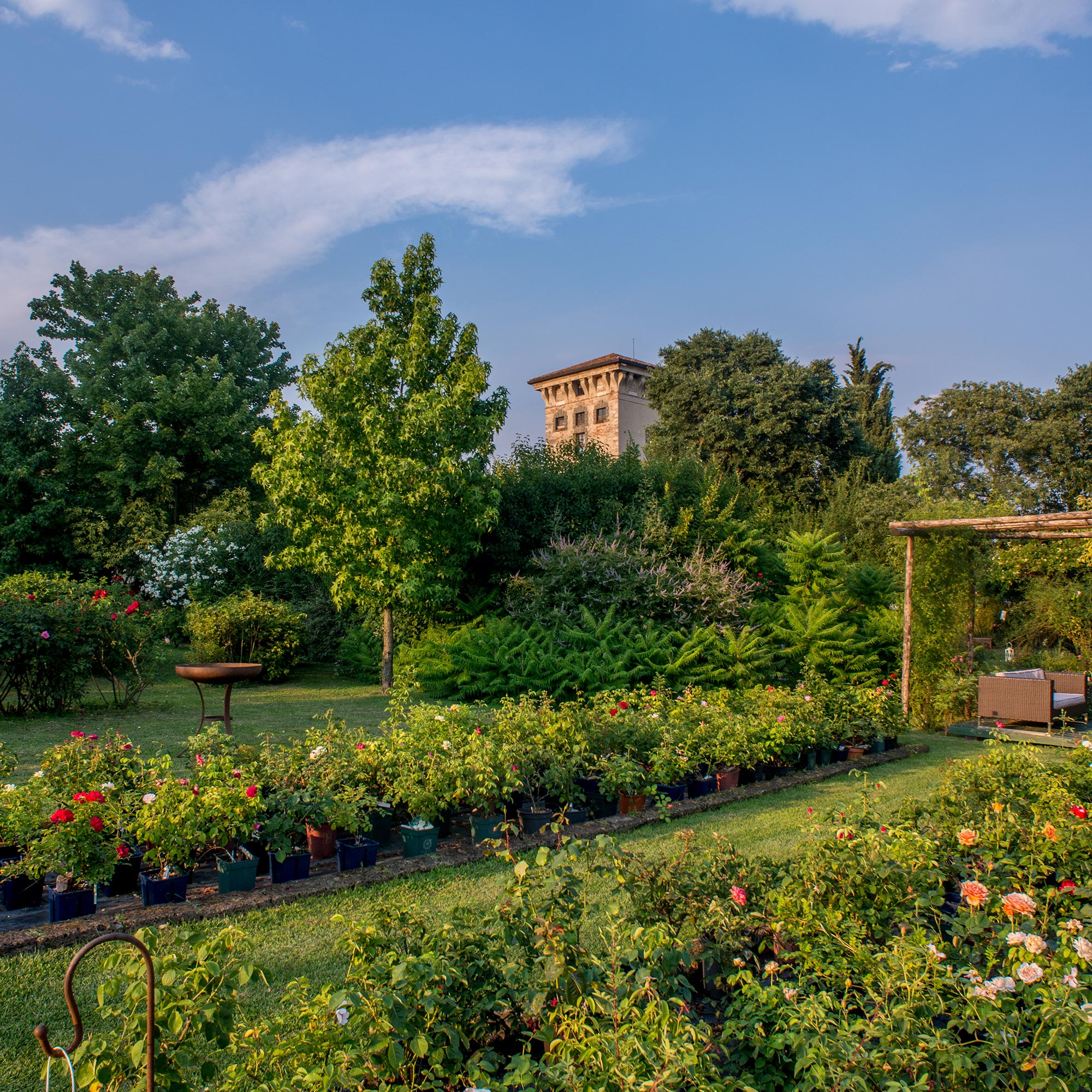 History of the castle
in Franciacorta

Also known as Palazzo Porcellaga, from the surname of the nobleman Ottaviano who ordered its construction in 1560 as a fortified residence instead of the castle in Rovato. It was built in an area which suffered the alternation of Venetian and French rule and for this reason was often used as a garrison for the various troops.
During the second half of the 16th century, it was common practice for nobility to build their fortified residences in the countryside, surrounded by robust walls to defend and protect them from the numerous battles that were fought in this period. Castello Quistini is one of the last testimonials of this type of architecture and is surrounded by an irregular pentagonal wall formation, comparatively thin, but provided with five towers, one at each corner and a 4-storey tower within. 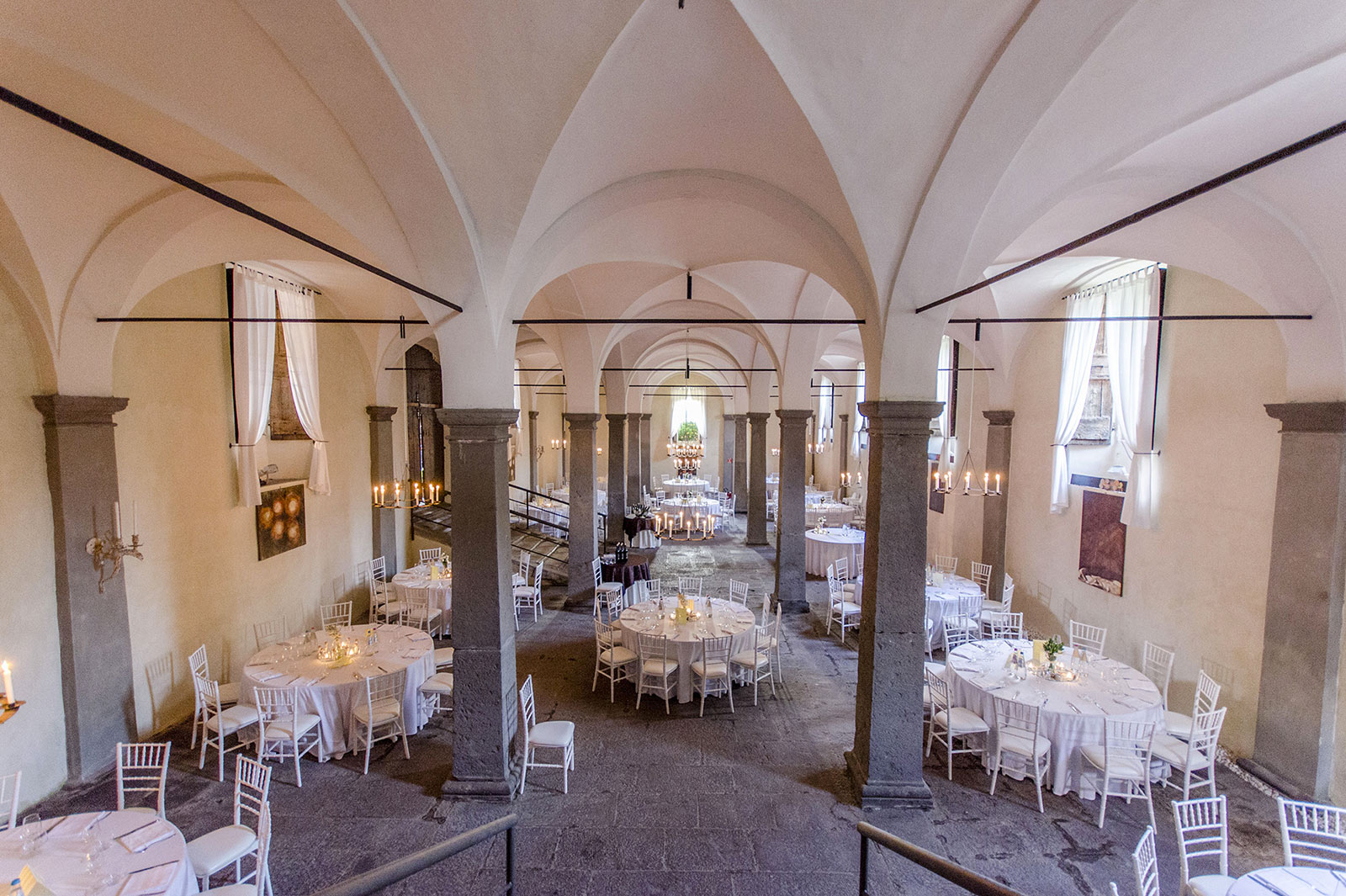 The hall of columns

The hall of columns is a building apart and is probably the most ancient and important construction in the whole ar- chitectural structure. It is partially interred and consists of three aisles with a vaulted ceiling. The general belief, based on the accuracy of the finishing, is that it must have played an important role in palace life and, probably, also that of the village. The main central part of the cellars, in the lower basement, is a room covered by a cross-vault, supported by eight pillars of “Sarnico” stone. The basement of the pillars probably dates back or is in any case influenced by the Tuscany order, since it appears as a simple torus and cincture.
Nowadays, the hall is fully equipped for receptions, conferences, banquets and exhibitions throughout the year. 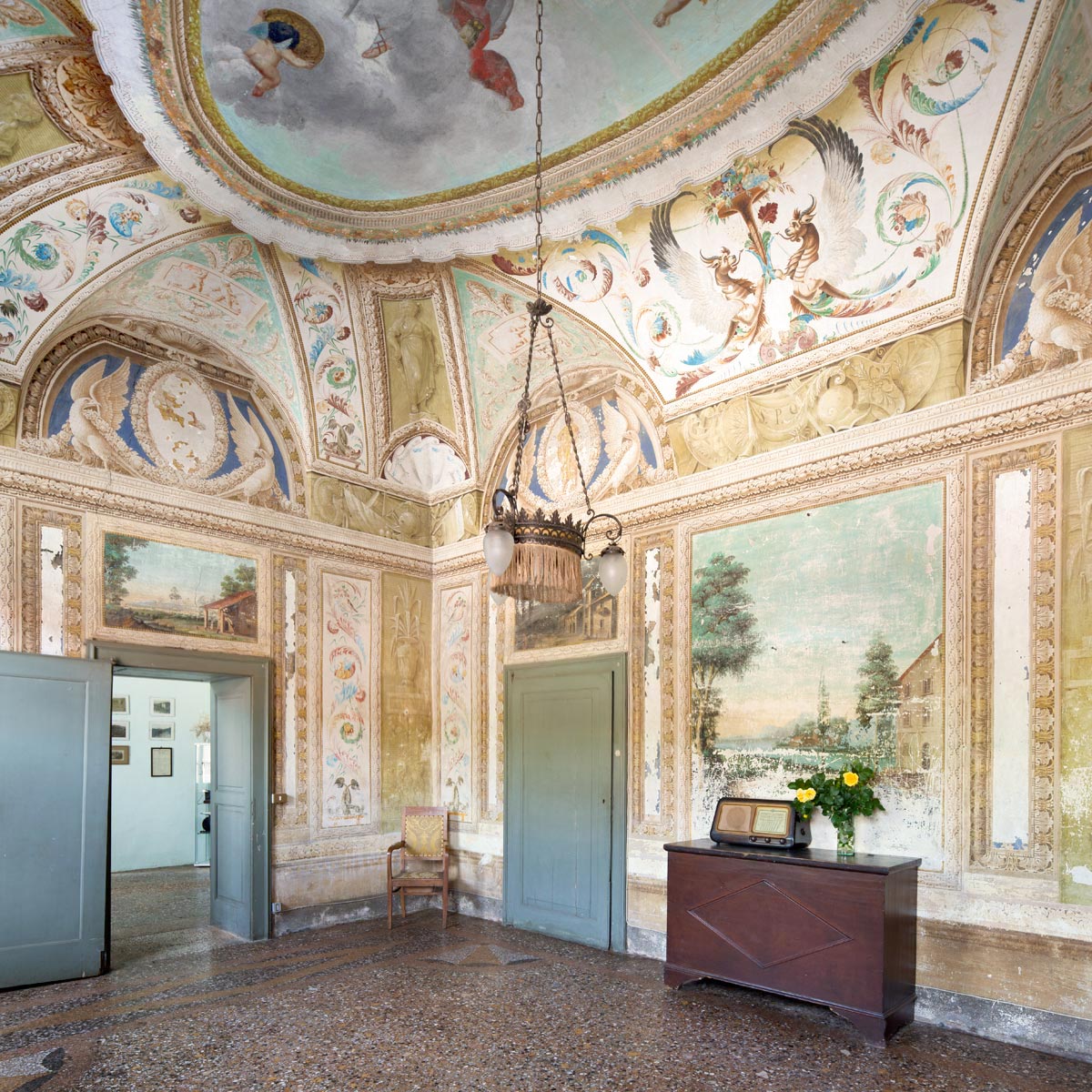 The decorations of this hall derive their name from the grotesque masques appearing in the upper cornice. These tempera decorations date back to the 19th century when they were applied using a technique which nowadays would be defined “stencil”.
Egg yolk was used to make the colours adhere to the walls, while the first stage consisted in tracing some pre-set drawings on paper.
In addition to this, some parts were left “free”, that is to say, the free-hand decorations were left to the artist’s choice. These can be seen over the doors (in Venetian green), representing the four seasons, culminating in the summer sea- son, depicted over the fireplace.
In the centre of the ceiling the goddess Minerva is portrayed with a owl under her feet. In this historical period, the owl represented culture. Three cherubs and two bats circle in the sky. The curious feature of these figures is that the legs of the bats are tied up with a yarn held in the cherub’s hand, signifying the prevalence of “good” over “evil”.
The so-called “Venetian” floor is a mosaic composed of small coloured marble tessera, typical of the “Venetian” period.